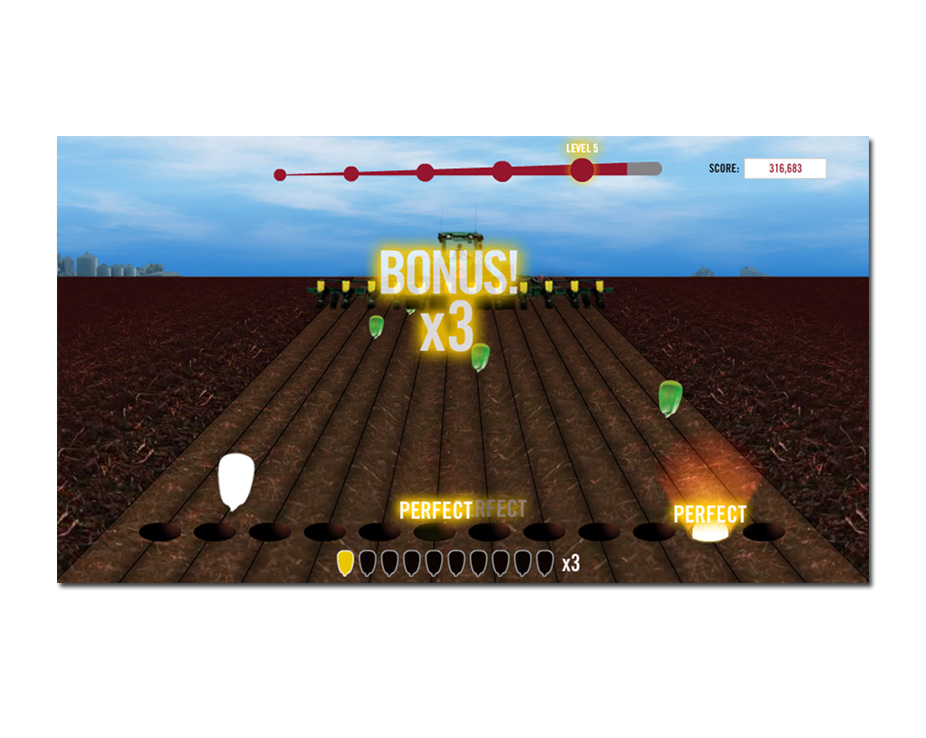 Monsanto was launching their new Genuity® SmartStax® RIB Complete™ solution. They wanted to create a lively game that would generate excitement for their new product at their trade booth. We built a Guitar Hero® style game that could be played simultaneously across four massive screens. There was a fifth large screen that displayed a leaderboard for the high scorers. RIB Hero generated so much excitement that we were asked to convert it for use in rich media banners to generate more awareness.

Zap Web Works worked in partnership with Momentum. We developed the game engine, created all of the animations, and we handled the sound design. We also built the database for the leaderboard. We consulted with the team at vStream on the construction of the custom built kiosks that controlled the games. We consulted heavily on the control mechanism. We also worked with them on the server that hosted the games and the leaderboard.